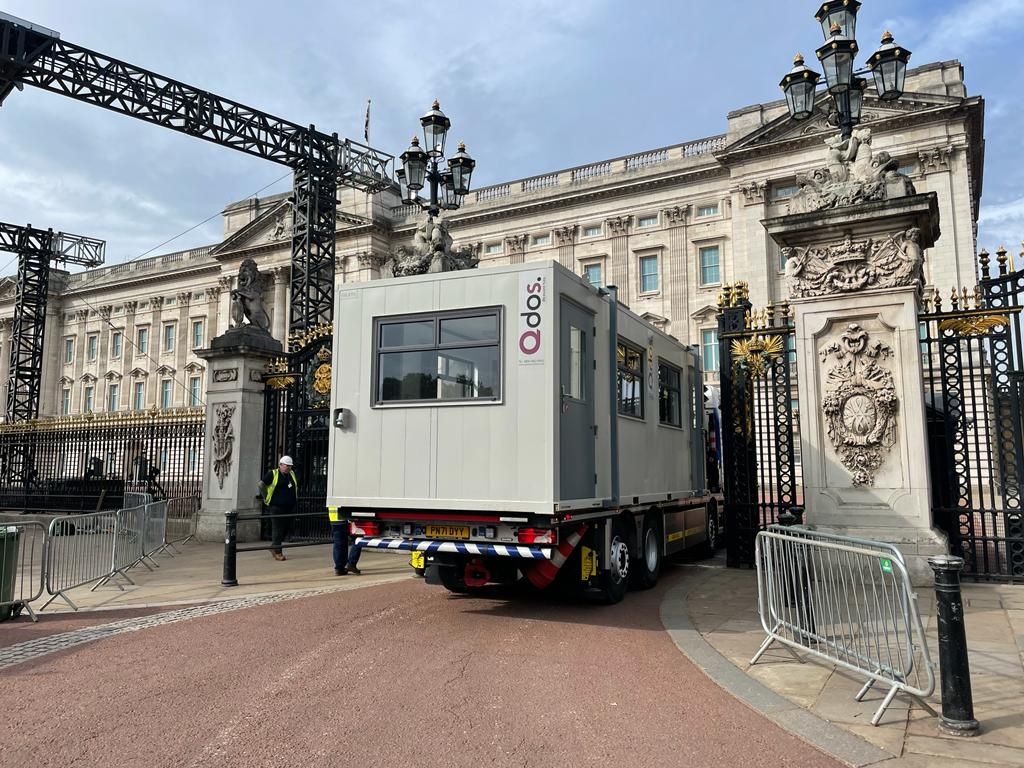 With a packed four-day programme of events to commemorate The Queen’s Platinum Jubilee, Qdos Event Hire was honoured to be at the heart of the celebrations. Working for multiple clients and stakeholders Qdos supplied in excess of 125 units to the event utilising kit from across its product range to support the successful delivery of Trooping the Colour, Platinum Party at the Palace and the Jubilee Pageant.

Trooping the Colour, The Queen’s Birthday Parade kicked off the bank holiday weekend on Thursday 2nd June, more than 1200 officers and soldiers from the Household Division put on a display of military pageantry on Horse Guards Parade, together with hundreds of Army musicians and around 240 horses.

On Saturday 4th June the Platinum Party at the Palace was broadcast live on BBC One and saw artists such as Queen + Adam Lambert, Ed Sheeran, Diana Ross, Ella Eyre, Alicia Keys and George Ezra were amongst the stellar line-up of artists taking to the stage.

The weekend culminated in the Platinum Jubilee Pageant, the carnival style event told the story of The Queen's 70-year reign and how are society has evolved over the decades.

Toilets were supplied within the production compound, backstage and public areas utilising a wide range of Qdos kit, from brand-new 4+2 mixed jacklegs and single use plastics to CTX 1+1 mains toilet pods and accessible trailers. Backstage luxury mobile vacuum trailers were used by the BBC, performers and even guests attending the Royal Box.

Along with a dedicated project manager, Qdos also supplied site personnel and service engineers who provided on-site support during the build, event days and de-rig.

“Now that we have collected the last of items from site and the dust is beginning to settle I just wanted to say an enormous thank you! I can't express enough how amazing both of you and the team have been through this extremely challenging gig. From all the last minute changes and the physical help onsite, it was a pleasure to work with you.

I hope everyone has had a chance for a bit of rest and I very much look forward to seeing you all on the next one!”